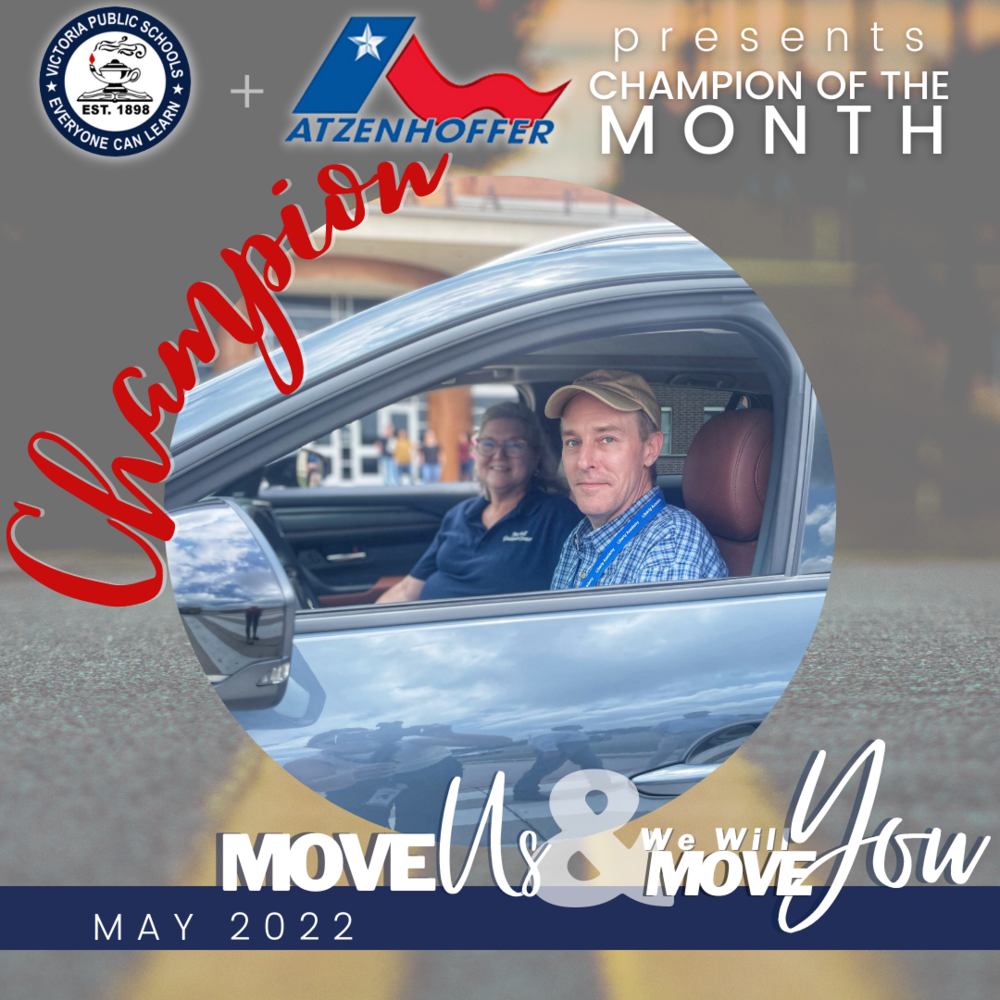 VISD selects May 2022 Champion of the Month

On Tuesday, May 3, Victoria ISD selected the May 2022 Champion of the Month with Chris Henk, assistant principal of Liberty Academy and DAEP, receiving the honor.

VISD and Atzenhoffer Chevrolet partnered in May 2021 to highlight one VISD staff member as the Champion of the Month each month. This staff member is nominated by their peers for showing commitment to going above and beyond in everything they do.

When asked how it feels to have been honored with this award, Henk stated, “Though accolades are usually directed toward an individual, they are deserved by so many others around you,” before joking, “I just hope Atzenhoffer thought this through, but it will be fun.”

Henk received one of the 23 nominations across the district for May.

Staff and students can catch Mr. Henk at any given time traveling from the three different building locations spread from Miori Lane to East Airline Road on his bicycle to handle disciplinary issues.

Paula Schroeder, a counselor at Liberty Academy and DAEP, nominated Henk. Schroeder commented on the value the campus and staff place on Henk, stating, “Being the person in charge of discipline isn’t one where you will win any popularity contest, but our students genuinely like Mr. Henk” and “He builds relationships with students while correcting behaviors and is fair and balanced.”

From VISD, we thank you, Chris, for making us #VISDProud!